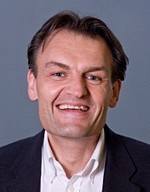 Bio: Johann W. Kolar received his M.Sc. and Ph.D. degree (summa cum laude/promotio sub auspiciis praesidentis rei publicae) from the University of Technology Vienna, Austria, in 1997 and 1999, respectively. Since 1984, he has been working as an independent researcher and international consultant in close collaboration with the University of Technology Vienna, in the fields of power electronics, industrial electronics and high performance drive systems. He has proposed numerous novel PWM converter topologies, modulation and control concepts and has supervised 70+ Ph.D. students. He has published 880+ scientific papers in international journals and conference proceedings, 4 book chapters, and has filed 190+ patents. The focus of his current research is on ultra- compact and ultra-efficient SiC and GaN converter systems, solid-state transformers, advanced variable speed three-phase motor drives, integrated modular motor drives, ultra-high speed motors, bearingless motors/ actuators, and design automation in power electronics/mechatronics. Dr. Kolar has received 29 IEEE Transactions and Conference Prize Paper Awards, the 2014 IEEE Middlebrook Award, the 2016 IEEE William E. Newell Power Electronics Award, the 2016 IEEE PEMC Council Award and two ETH Zurich Golden Owl Awards for excellence in teaching. He initiated and/or is the founder of four ETH Spin-off companies. He is a member of the steering committees of several leading international conferences in the field and has served from 2001 through 2013 as an associate editor of the IEEE Transactions on Power Electronics. Since 2002 he also is an associate editor of the Journal of Power Electronics of the Korean Institute of Power Electronics and a member of the Editorial Advisory Board of the IEEJ Transactions on Electrical and Electronic Engineering. 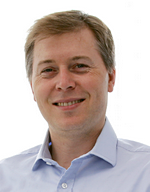 Bio: Zdeněk Peroutka received the Master's and Ph.D. degrees in electrical engineering from the University of West Bohemia (UWB), Pilsen, Czech Republic, in 2000 and 2004, respectively. He is a Full Professor of power electronics and drives and the Dean of the Faculty of Electrical Engineering, UWB. From October 2010 to June 2016, he was a Scientific Director and Principal Investigator of the R&D center RICE at UWB. Since July 2016, he has been a CEO and Principal Investigator of the R&D center RICE. He has published more than 200 papers in international journals and conference proceedings. He is the inventor of three international patents and three utility models. His main research topic is power electronics and drives for modern transport systems and power engineering.

Abstract: Power electronics technology is one of the major innovation players in modern power distribution grids. Power electronics systems are at present deeply penetrated in low-voltage grids. Recently, their importance is significantly growing also in medium-voltage and high-voltage power grids. The power electronics technology brings new solutions and features for power routing (including interfaces to renewable and distributed power sources and energy storage systems), power quality (reactive power compensation, voltage conditioners, active power filters), safety and protection systems as well as grid diagnostics. This keynote will pay the main attention to a new power electronics technology for earth fault solution in high-impedance grounded or insulated medium-voltage power distribution grids. The invented technology behaves like a controlled current source which can be connected either between the distribution transformer neutral point and ground (where it can replace the conventional arc suppression coil used in the grids for more than 100 years) or between the phase conductors and ground. Under the earth fault, the new device can compensate fundamental component of both reactive and active fault current. It can also compensate higher harmonics of fault current. Under fault-free grid operation, the device can compensate grid non-symmetry and the version connected to the phase conductors can compensate grid reactive power and/or grid harmonics. Moreover, the invented technology can be also used for grid impedance identification, faulty feeder detection and exact fault localization. This technology brings to the grid operators many other benefits and new features that will be presented. A prototype of 22 kV / 1.35 MVA has been developed and tested in medium-voltage power electronics labs in R&D center RICE. The prototype has been successfully tested under real distribution grid conditions at a substation 110/22 kV. The experience from one year operation of this technology in the grid and future research challenges will be presented. 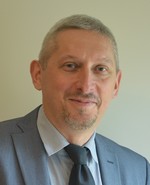 Bio: Mariusz Malinowski (Fellow, IEEE) received the Ph.D. and D.Sc. degrees in electrical engineering from the Institute of Control and Industrial Electronics, Warsaw University of Technology (WUT), Warsaw, Poland, in 2001 and 2012, respectively. He was a Visiting Scholar at Aalborg University, Aalborg, Denmark; the University of Nevada, Reno, NV, USA; the Technical University of Berlin, Berlin, Germany; and ETH Zurich, Zurich, Switzerland. He is currently with the Institute of Control and Industrial Electronics, WUT. His current research interests include control and modulation of grid-side converters, multilevel converters, smart grids, and power generation systems based on renewable energies. He has co-authored over 130 technical papers and six books. He holds two implemented patents. Prof. Malinowski was the recipient of the Siemens Prize in 2002 and 2007; the WUT President Scientific Prize in 2015; the Polish Minister of Science and the Higher Education Awards in 2003 and 2008; the Prime Minister of Poland Award for Habilitation in 2013; and the IEEE Industrial Electronics Society (IES) David Irwin Early Career Award in 2011 and Bimal Bose Energy Systems Award in 2015. His industry application received several awards and medals, the Innovation Exhibition in Geneva in 2006 and the Exhibition in Brussels "Eureco" in 2006.

Abstract: The fast development of distributed generation systems (DGS), including increasing number of the renewable energy sources (RES) demand the change of classical grid into smart grids (SG) integrating all new distributed elements e.g. active loads/sources/energy storages. Currently used conventional transformer cannot fulfil all requirements of SG and therefore new solution is demanded due to the nature of extremely different types of energy sources, loads and frequent voltage disturbances occurring in DGS. The proposed modern solution is the application of multifunctional power electronics fault tolerant Smart Transformer (ST) that is able to not only meet main requirements of SG, but also respond to the future challenges, defined by the constant progress of technology in all new fields (e.g. electromobility, energy store systems etc.). 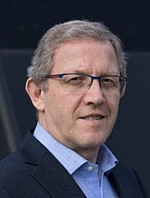 Bio: Pavol Bauer is currently a full Professor with the Department of Electrical Sustainable Energy 0f Delft University of Technology and head of DC Systems, Energy Conversion and Storage group. He was also appomitend as a professor by president of Czech Republic at the Brno University of Technology (2008) and honorary professor at Politehnica University Timisioira in Romania (2018). From 2002 to 2003 he was working partially at KEMA (DNV GL, Arnhem) on different projects related to power electronics applications in power systems. He published over 120 journal and 500 conference papers in his field (with H factor Google scholar 42, Web of Science 27), he is an author or co-author of 8 books, holds 7 international patents and organized several tutorials at the international conferences. He has worked on many projects for industry concerning wind and wave energy, power electronic applications for power systems such as Smarttrafo; HVDC systems, projects for smart cities such as PV charging of electric vehicles, PV and storage integration, contactless charging; and he participated in several Leonardo da Vinci, H2020 and Electric Mobility Europe EU projects as project partner (ELINA, INETELE, E-Pragmatic, Micact, Trolly 2.0, OSCD, Power2Power, Progressus) and coordinator (PEMCWebLab.com-Edipe, SustEner, Eranet DCMICRO). His main research interest is power electronics for charging of electric vehicles and DC grids. He is a Senior Member of the IEEE (’97), former chairman of Benelux IEEE Joint Industry Applications Society, Power Electronics and Power Engineering Society chapter, chairman of the Power Electronics and Motion Control (PEMC) council, member of the Executive Committee of European Power Electronics Association (EPE) and also member of international steering committee at numerous conferences.

Abstract: DC grids are considered to be a key technology for the connection, collection and integration of renewable energy resources, for the realization of integrated power systems, for mobile applications (electric ships, aircrafts), for new types of urban and industrial distribution power networks and to bridge and support existing AC systems. Advanced power electronic components, power converters and system protection are enabling DC grids on multiple voltages levels. Especially medium voltage DC grids are expected to play a key role in managing the higher power flows in our future distribution grids. Roadmap for DC and different steps and research at the TUD is presented with focus on DC grids and DC microgrids. Problem of Power Flow control in DC grids is addressed first an Power flow controller introduced. A zonal protection framework where the low voltage dc grid is partitioned according to short-circuit potential and provided degree of protection, and several known protection schemes that ensure selectivity, sensitivity and security will be discussed.